Influencers range from popular athletes to people who have become famous on Youtube. Social media continues to grow and gain new users every day and it won’t slow down anytime soon. Popular bloggers are becoming more influential as of recently, they seem to have a lot of power over their followers.

Followers of these influencers have more trust and believe it to be more authentic when being compared to traditional advertising. Gaining the trust of your consumers is everything. Naturally, people will take someone’s word without any further questioning, especially if that person happens to be their favorite athlete or blogger. It’s easier to trust a person than a company.

The bigger the better isn’t always the case when it comes to influencer marketing. A micro-influencer is someone who has somewhere between 5,000 and 100,000 followers on a social media platform. Micro-influencers seem to have more trust from their followers, they tend to be able to engage better than the influencers that have millions of followers.

It is beneficial to not overlook an influencer even if they don’t have as big of a following as you’d like them to have, they aren’t as “untouchable” as some of the big celebrities on social media.

Fyre Festival is a great example of how significant influencer marketing is. Fyre Festival was a fraudulent festival that promised more than they could ever be capable of delivering. Co-founder Billy McFarland used 400 Instagram influencers and micro-influencers to promote the event. After 48 hours, Fyre Festival advertisements reached 300 million people across the world and tickets sold out instantly.

Kylie Jenner is debatably the biggest social media influencer right now with over 219 million followers on Instagram. People weren’t quite sure what to expect from the Fyre Festival, but if Kylie Jenner promoted it, it had to be something special. It turned out to be a disaster and many of the influencers were forced to pay lawsuits for promoting this festival that wasn’t anything like it was advertised to be.

It is important to protect your company’s reputation and brand by avoiding marketing fraud. Through influencer marketing, you can get your message out quickly and to a large audience. Consider your goals, find a target audience, and try to connect with an influencer that will convey your brand’s message best. Influencer marketing is up next and plans to stick around for a long time. 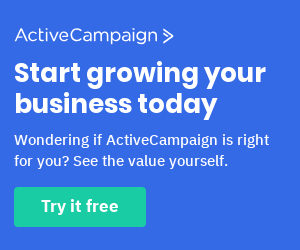